Here’s to the mothers, the tenderhearted warriors 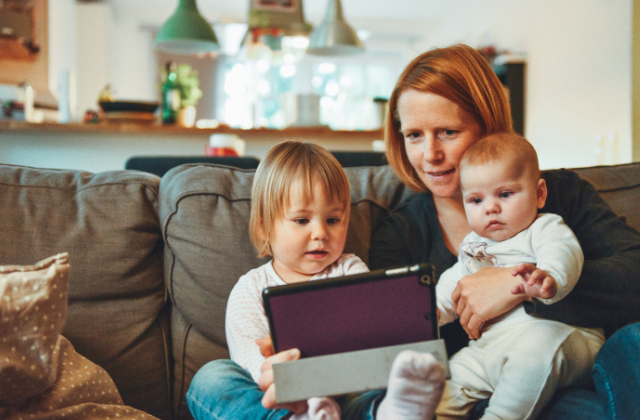 Tenderhearted warriors. We’re talking about the mothers that are currently faced with the impossible choice between their children and work. They’re the ones that are personally paying the price for a society that still heavily relies on their resistance and sacrificial spirit in order to maintain its precarious balance. Now more than ever, mothers are being asked to take a step back. Society is asking them to channel their caring and resilient strength to support the future: their children.

Tenderhearted warriors is the title of Federica Giardini’s essay on female strength. We used the same title for our digital conference hosted by Alley Oop – Il Sole 24 Ore and Lifeed. It was the sequel event to our previous conference held with a panel of “CEO dads”.

Throughout the conference we asked if CEO moms faced a double stigma. Were they seen as too much of a CEO at home and mothers at work? They told a much more enlightening story. Over 500 participants thanked them for having started the day so positively.

But let’s get started with the data. We recently conducted a survey of over 1,500 Lifeed webinar participants. They told us that right now 63% of people need reassurance about their future. What’s more, 44.5% want to be more involved when defining new solutions. The desired power model is a mix of collaboration (26%), knowledge (26%), respect (17%) and empathy (13.5%). People are also expecting their managers to share more going forward (70%) and to listen (68%), but also, more surprisingly, that they are willing to take risks (60%).

Nearly all participants (89.8%) say that in times of emergency, it’s possible and necessary to use “generative” power. Power that maps out the future, planting ideas and projects that will ultimately outlive them.

What does this have to do with mothers? It turns out, a lot. Even if psychoanalyst Erikson adds that simply bringing a child into the world doesn’t necessarily develop a sense of generativity. The prerequisites for developing it are faith in the future, belief in the species and the ability to care for others. Instead of raising children, they can also simultaneously work to create a better world for others’ children too”. Here are five ideas surrounding generative power that emerged from the conference:

We’re working towards a better world

Livia Cevolini, CEO of Energica Spa, manufacturer of high performance electric motorcycles, and mother to a two year old daughter. Becoming a mother gave her a new objective, so much so that she now focuses on green energy.“Because I want her to live in a better world”. Aside from receiving wonderful energy from this new personal dimension, she also believes her ability to understand others and value their talents has improved.

Isabella Fumagalli, CEO of BNP Paribas Cardif says that becoming a mother to two girls has “taken things up a gear”. She feels responsible for creating a future for her daughters. From her conversations with them, and their “authentic questions” she has learned more about the tiring but essential quest for truth. Over lockdown, Isabella has discovered that the people in her company are more than professionals. Each of them has multiple dimensions that open up new perspectives on the world and working together, as well as the chance to draw people and business closer together (while she isn’t speaking, Isabella hugs and kisses her daughter as she passes by the screen).

We’re having to adapt

Roberta La Selva, CEO of Ogilvy Italia, became mother to Michele and Arianna. She discovered how to rebalance everything that having lots of “playgrounds” gives you, redistributing the weight and learning while she teaches. Empathy and mental agility are key soft skills that she’s constantly putting into practice as she adapts to new situations, “For example, having to speak at a conference from my flat’s balcony, because all the other rooms are in use!”.

We’re in this together

Elena Riva, co-owner and President of Panino Giusto SpA, has three children with their father, who also co-owns the business with her. She highlights that this being “together ” is important, as the business is a fourth child that she would never have been able to make happen alone. With three children – and 450 employees in her company – she has discovered the value of diversity and its ability to multiply everything around it. As a leader and mother, recognizing independence in her children and employees makes her feel like a “custodian”: a patient custodian that plants, insists and patiently perseveres, knowing that the moment of harvest is coming.

Finally, Susanna Zucchelli, General Director at Heratech believes that becoming a mother has helped her in her leadership role at a hard company. She is responsible for the engineering department, remote and laboratory divisions and management of processes and services. Her maternal attitude reveals a “bio-resilience”, which has been particularly useful for her employees at this difficult time. She adds that having children has given her a long-term vision and the ability to ask for help when needed. “And if they don’t help you, you make them!” she concluded, with a practical edge that people tend to acquire when they face concrete challenges in their day to day lives.

So here’s to all the tenderhearted warriors: to all the women that work and care for others. They are fortunate if they find synergy in this delicate balance and they are at an advantage if they leave guilt and imposter syndrome behind, that our society so often directs at them. They are able to use power without force, but as the New Zealand Prime Minister Jacinta Ardern said, kindness and the ability to stay together.

This post was written by our CEO, Riccarda Zezza, and originally published on Alley Oop Blog on Il Sole 24Ore

Thanks to listening, re-inclusion becomes innovative

The return to the office and hybrid working represent new challenges for corporate HR teams. Listening to the emotions that employees express through self reflections is fundamental to piece together both the individual and collective puzzle.

END_OF_DOCUMENT_TOKEN_TO_BE_REPLACED

Widening the map of HR management with new ways of listening

Over a year into the pandemic, we need new tools that can support HR directors in managing their people.

END_OF_DOCUMENT_TOKEN_TO_BE_REPLACED

Leadership styles: from authority to inspiration

How can fatherhood impact leadership? We spoke to a panel of senior leaders about their experiences and learnings that can be applied at work in our recent Life Ready Conference.