MultiMe: discover the best version of yourself 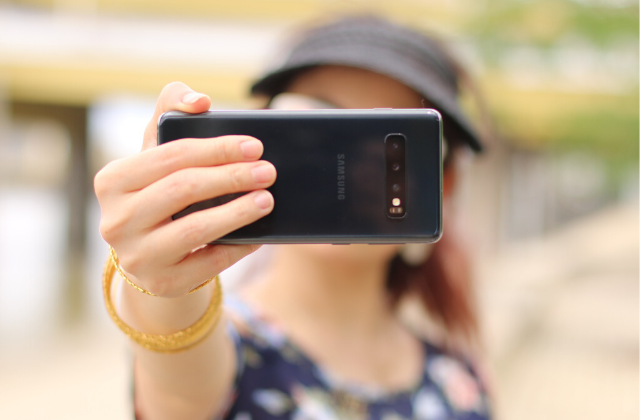 A lovely birthday cake, that all the guests can’t wait to slice up and try. With each slice that is plated up, the cake gets smaller and smaller until it’s all gone. Now think if you were a cake, how many slice you’d have. You’re probably thinking that you’d give a slice to your children a slice to your partner, a slice to your parents, one to your friends, one to your colleagues. If anything is left over, you might give one to yourself too. It’s a simple metaphor for your roles in life: the more people and activities that you take care of, the smaller the slices are that you can give. If only you could dedicate all your energy to one thing, maybe then you’d have the energy you need. Do you think there’s enough cake for the slices you need? Probably not.

But don’t worry: we’ve got good news for you! This idea of being like cakes has now been overtaken by a new concept. The latest sociological research shows a completely different story. The more roles a person accumulates, the more those roles strengthen each other, transferring energy and skills between them.

Think about the love you give to the people that surround you: it’s not exclusive. We are able to love parents, partners, children. We love them all in different ways, without diluting the love we have for someone else. Love multiplies, it doesn’t diminish. The same goes for the (good) ideas: if I have two apples and I give one to a friend, we’ll have one each. But if my friend and I have two good ideas and we share them with each other, we’ll both have two good ideas. The same thing goes for skills and energy: they multiply so we have more than what we started with.

The latest sociological research shows us that people accumulate different roles. The more they have, the more they strengthen each other, transferring energies and skills between areas.

It changes our perspective of the cake concept. Now, immagine that each guest adds a slice instead of taking one away, making the cake bigger and bigger. MultiMe is a digital product that aims to break down the “cake slices” stereotype that we see in ourselves. Often our companies see us in that way too.

The scientific basis behind MultiMe

Aside from the metaphor, MultiMe is based on solid scientific research, stemming from multidisciplinary research that continues to become increasingly enriched with new contributions each year. Let’s use another example.

Mark is a firefighter, and he’s also a husband and dad. A fire breaks out while he’s on duty and he needs to tend to it. Once he reaches the scene, he sees that a fire is burning in a house where two adults and two children need to be rescued. In this instance, will Mark behave like a firefighter or a dad? Those who have tried MultiMe know that the question needs to be reframed. Mark will be able to blend his firefighter’s courage with his fatherly love, reacting in a rational way to save people from the flames, as though they were his own relatives, his own children. This is because our different roles don’t erase or exclude others, but rather they enrich each other.

This is an extreme example, so let’s think of something a little more ordinary. The ability to listen and mediate with our children, or perhaps some of the managerial skills we use with our colleagues are a culmination of all our different roles, and we take them with us wherever we go. We are more than the sum of our parts, and MultiMe opens our eyes to this. MultiMe helps us to move from “role conflict” to “role accumulation”.

The tool was created by a scientific team including Riccarda Zezza, Lifeed researchers and the professor Maferima Touré-Tillery, researcher at Kellogg School of Management at Northwestern University. It’s the result of years researching “role theory”.

As always, we start with a definition. Roger Barker, one of the founders of community psychology, explains rule theory to be a group of concepts, based on socio-cultural and anthropological facts. It focuses on the way people are influenced by their various social roles and the expectations that accompany them.

“Role theory” includes two different thought and research paths: role conflict and role facilitation. The first studies on role conflict date back to the Sixties, originating with William Goode. He worked on the theory of role strain, suggesting that having different social roles can be challenging as each requires time and energy that are in conflict and cause discomfort. In subsequent studies, the focus moved to the positive aspects of having multiple roles. In the Seventies, Sieber and Marks suggested that our multiple roles boost wellbeing, because the benefits associated with having multiple roles are greater than the stress they create.

Interest in the effects of having different roles has increased over the past few decades. An increasing amount of women are entering the workforce, and more women have reached high-level positions in business. To begin with, organisational studies concentrated on the conflicting work-family relationship, suggesting that women who tried to balance their family and careers suffer from psychological and physical stress. So much so that in the early Noughties a range of studies (such as Ruderman, 2002) highlighted the psychological and skill benefits of “multitasking”.

In the Seventies, Sieber and Marks suggested that having multiple roles can enhance wellbeing, because the benefits that stem from the accumulation of roles usually are greater than the stress generated by the roles themselves.

Faced with qualitative and quantitative evidence, Lifeed research has dug deeper into the concept of “role accumulation”. It moves the focus away from balancing roles to creating synergy between different areas in our lives. Our resources “overflow” into our different roles, but only if we recognise the synergy between the different areas of our lives we can strengthen them by bringing them together.

Role accumulation affirms that people are more than the sum of their parts: having multiple roles can generate resources that can be used in others. The Lifeed method stimulates awareness in people so that they can recognise the positive spillover between different roles in their lives. Lifeed harnesses the learning potential inherent in life transitions (such as parenthood, caring for a loved one, a crisis…), transforming them into tools for professional growth.

That’s how the concept of transilience was born, the combination of two words: transition and resilience (Vitullo, Zezza, 2014). Transilience is a meta-skill (or rather a skill made up of other skills) that we activate when abilities, energy and emotive resources overflow from one role into another. To activate transilience, the individual must be aware that they are like a cake that continues to get bigger rather than smaller.

The Lifeed method evolves with a new tool. MultiMe is an interactive tool that helps people to see how that ‘cake’ gets bigger rather than smaller.

We invite users to complete MultiMe at the beginning and end of our programs. After identifying our individual roles, we then associate three or more qualities to each role. At the end, we’ll discover that some roles have lots of adjectives in common: they overlap at different points. They continue to weave together with the addition of each role.

Having a higher “self overlap” score implies a greater ethical coordination, as professor Maferima Touré-Tillery demonstrates through her research. The more roles that overlap, the more the person tends to behave ethically. They no longer see themselves divided up into different compartments. Think about the impact this could have on a decision maker in a large company. The more coherent they are in defining themselves and their roles, the more they will be able to assume responsibility for the greater good.

The more that roles overlap, the more the person tends to behave ethically. It’s what Professor Tillery from Kellogg School of Management at Northwestern University shows us in her research.

MultiMe can qualitatively and quantitatively measure the level of “self overlap” and how it enriches a person. It can map participant’s results as aggregated data, objectively evaluating the results of the program. It reveals that we can look beyond the fatigue and time constraints of our roles. Instead, we see how they enrich us.

The numbers back it up: 8.3 out of 10 participants would recommend a friend to try our method. In autumn, we’ll see the first data set from the tool. We’ll be able to evaluate the evolution of our…birthday cakes. And we all know birthday cakes need to be really big!

User generated content is gaining momentum. That’s why Lifeed has launched a new “Social Sharing” functionality on the platform.

END_OF_DOCUMENT_TOKEN_TO_BE_REPLACED

Soft skills are the key to managing uncertainty. Choose Lifeed programs, accessible via mobile for everyday use.