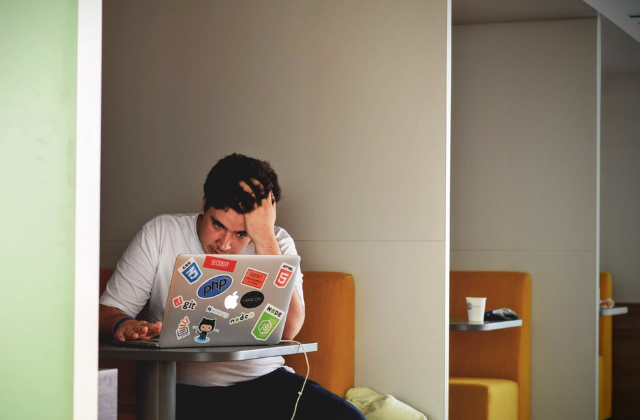 I’ve never worked so much. It’s never been so hard to protect my calendar from an incredible amount of meetings. I’ve never seen so many conferences (that we now call workshops or webinars), on any subject, with so many people taking part with just a few days notice. Remote working should free up our time and make us more flexible, but it’s actually boxed our days off as we try to make the most of our time.

We are surprised if not everyone is able to join in the exact minute that a meeting starts. We get frustrated is we have to wait a few minutes to receive a link. It’s become normal for people to leave meetings on the dot because they have “back to back” calendar invites.

Human time is analogue, but remote workers’ time is digital. It’s a “finite” amount of time that pulls us along by our ears to make sure we respect all of our commitments. It’s the new presenteeism, the idea of being always on that started when we got email on our phones.

The banks of the river have broken and it’s beyond our control. In the digital world, time exists only if it’s been filled.

Matt Martin, CEO of Clockwise, talked to Forbes about a 17% increase in what he calls “fragmented time”, or rather gaps in the diary that are less than two hours. His organization sells software that “optimizes calendars to free up blocks of uninterrupted time”, helping people to protect themselves from “other people’s commitments“.

That’s always been the problem in digital, starting with electronic mail. It’s one of the most advanced tools when it comes to abusing time: over the past 20 years it’s overridden people’s agendas at a time that’s convenient to the sender, moving the cost of communication on the shoulders of the person that receives it.

Our “digital” calendars do the same: they make us see free time as lost time.

In an interview in 2004, management guru Tom Peters suggested that managers should be seen as 12 year olds with attention deficit disorder, constantly running to the next thing, bombarded with information and constantly looking for the next best thing. That’s why he said he was a fan of “time management”. But if we apply time management to our lives, we can run the risk of feeling we have to optimize our diaries to do as much as possible. It’s exactly what we’re doing in the digital world. But nobody said that time management was the same as time saturation.

I’m missing my time on the train, because when I can’t get a good connection, it’s my time to read research, books and articles. I always came out of that time with new ideas. In the same interview mentioned previously, Peters talks about one of the top ten finance people in the world saying “the biggest problem for CEOs of big companies is that they don’t read enough“. Nearly 20 years and a pandemic later, things haven’t got better for anyone.

Time in the digital world doesn’t have clock hands, it doesn’t allow us to feel approximate about timings. But being “on time” really means arriving at the “right time”, it’s more about the things we are able to bring to the table rather than the number of minutes on our display.

This article was originally written by our CEO, Riccarda Zezza, for Alley Oop, Il Sole 24 Ore. To read the original article in Italian, click here.