3 skills that managers need to be strong and kind 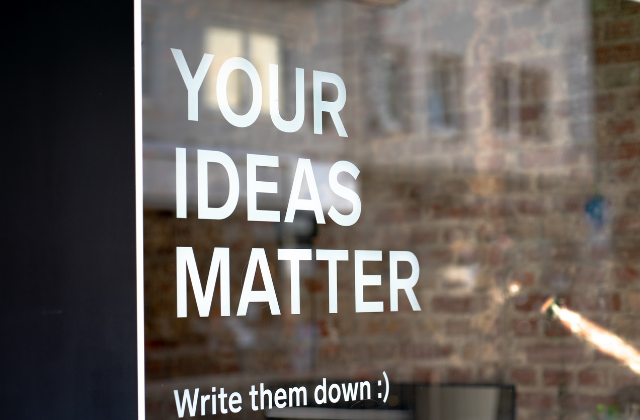 “Be strong and kind”. That’s what Jacinta Ardern, New Zealand Prime Minister, asked of her people. And just like that, our concept of leadership has been revolutionized. How can we be strong and kind at the same time, when we’ve always been taught that strength is something brutal and “physical”? And above all, how can we be kind when we’re in the middle of an emergency, where first of all we need to resolve problems, go quickly and guide others?

Who has time to be kind? Who really has the time to also be “kind”?

But there’s more than just being kind. Kindness is also a form of caring for others. So what the Prime Minister is really asking for is caring leadership. Why do we need that type of leadership right now, when it seems to slow things down and increase complexity when managing new situations? To be kind, we need to make space for others: for their fears and hesitations. Maybe we can do it with our partner or children, but can we do it with our colleagues, fellow citizens, or anybody who is “depending” on the leader. How can we really be kind?

In 2001, during those turbulent times following the fall of the Twin Towers, one of the head firefighters climbed onto a fire engine, removed his helmet and asked his colleagues to do the same: “We lost a lot of people today. They deserve a moment of silence”, he said. A simple and unexpected gesture that helped everyone feel closer and understood in their suffering. It was a gesture that helped them to return to work with more energy than they had before.

Because in times of emergency, especially if it stretches out over an extended period of time, people can feel their energy levels drop. This often takes something away from the purpose in what they do. We need to feel safer, and we need to feel that we are not alone. We look to our leaders at work, in politics and in life, to understand if we’ll get to safety and if we’ll get there together.

But leaders don’t have all the answers. Actually, recently studies have been saying that the complexity and speed of change today – even pre-covid – shows us that we need diffused leadership. We need a shared responsibility that allows us to act independently. That’s why lots of experts don’t really like the word “leadership”, as it continues to represent an unsustainable scenario where one person guides and the others follow. In times of crisis, it becomes even clearer that no single person has the answers for everyone else. Leaders have the opportunity to win over others with a deeper impact: the only way that will really make a difference. With kindness. Kindness that’s an expression, through concrete actions, of at least three key skills.

1) The ability to recognize other people’s needs and prioritize them. It’s about consciously deciding to not ignore any signs of mental strain, but rather to look for them, training our empathy muscles. It’s not a coincidence that all humans have the ability to be empathetic: after all, our species uses empathy to survive, as nobody can go it alone. So it’s a decision to slow down where necessary to wait for those who were left behind. It’s about deciding to be patient.

2) The ability to allow others to name their emotions. Managers don’t need to solve problems, but rather give people the tools they need to resolve things themselves. The same goes for managing negative emotions. Often leaders hesitate to allow their teams to open up about how they’re feeling because they think they need to provide a resolution.

Instead we need to create territories where people feel safe enough to express themselves and regain possession of their emotional energy and heal themselves: it’s the energy that isolation crushes. When you unleash this energy, you unleash power!

3) Finally, kindness is the sign of a skill that’s more difficult than the previous two: caring for yourself. It’s about giving yourself the same attention and care that allows other people to heal themselves:

because in times of crisis, leaders feel vulnerable too.

Think about all the things they taught us not to show at school: all the things that would weaken our positions as leaders. It’s the idea that vulnerability and strength are at opposite ends of the scale, that they can’t co-exist. But vulnerabilities actually make us stronger as leaders: at the same time “one of us” (we’re all in the same boat!) is the most courageous one, because they dare to show who they really are. When they step closer to the group and reveal themselves, fatigue and suffering are no longer signs of defeat, but rather inevitable companions in this journey. So it’s better to look them in the eyes. It’s difficult for leaders to look inside and care for yourself, because they are are usually the harshest with themselves. But it’s really difficult to ask other people to believe in what you suggest if you’re not the first to put that advice into action.

So this is the (long) story behind the short phrase “strong and kind” leaders. The most revolutionary definitions only need a few words, especially if you’re showing people what it means with your actions.

38% of enterprises are addressing skills gaps as a business priority. Why? When people hone their soft skills, it has a marked effect on results.

END_OF_DOCUMENT_TOKEN_TO_BE_REPLACED

As a manager, your role is key to the organization – in more ways than one. Here’s how you can move beyond process and embrace your inner coach.

END_OF_DOCUMENT_TOKEN_TO_BE_REPLACED

How to support working parents through lockdown

As we plunge into new lockdowns and restrictions, many parents are starting to feel overwhelmed and out of control. How can we support them?