What if money wasn’t the best way to measure our value? 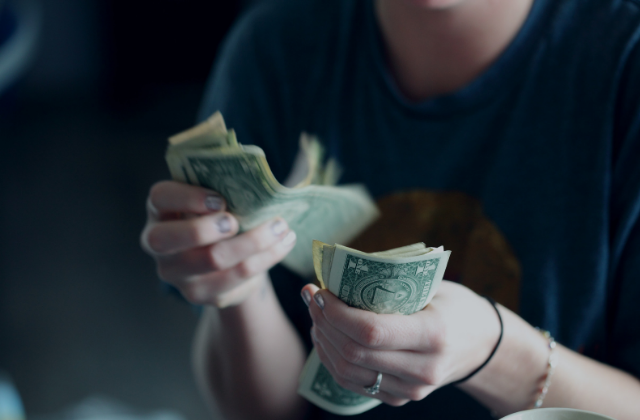 There’s a word that keeps us all on the same page, or maybe it makes us think we’re all going in the same direction. It’s “value”. Over the past 30 years people have been saying it’s at the heart of company objectives – so its people and economy are all about creating value. Then we talk about the value destination: for shareholders, clients, community, stakeholder system…but the concept of value is clear and shared.

If we skim over the discussion over “what is” value, we know we’ve learn to measure it with a quantitative and universal measure: money. Value isn’t money, but money is a measure of it. If we think about a country’s Gross Internal Product, it would be difficult to say how it changes each year if we couldn’t measure it in euros or dollars. Imagine if we had to measure it in apples, pears, houses, health and schools! At the same time, the amount of corresponding money gives us an indicator of the “weight” something carries in terms of quality, durability, desirability and availability.

So money works as a measuring unit, in the same way that metres measure dimensions.

Money is an effective international language that simplifies things and helps us to understand each other. It helps us to exchange everything that’s material and immaterial through space and time. But over time, we’ve started to reason with each other as though money and time were the same thing. It’s understandable: money is quick and easy to measure, so why should we force ourselves to take it one step further and worry about converting figures into the essence of that value?

Let’s take the physical measurements of an object. Think about their weight – everything can be converted into a weight. Each one of us and every “equivalent” material object weighs a certain number of grams. We believe a few things about weight as well: some things are accepted as weighing more, others less so. Some things are precious because they don’t weigh a lot, others are precious because they are heavy. You could say the same thing about dimensions: each culture has their own unwritten rules about small and large things. And we know that if we explore different parts of the world, we need to change the way we look at things (all you have to do is think about the size of a Neopolitan plate of pasta or a portion of french fries in the US). But nobody would ever think that an object corresponds exactly to their weight or dimensions: weight and dimensions are a measure, but they are not the object itself.

What is valuable? When did monetary measures go their own ways, becoming an absolute?

We no longer felt the need to convert it into the original value. Money was at the service of value, but when did it become the definition? We hear about people who are millionaires – “worth” more than entire countries. But what is it measuring? Somewhere we must be able to see what that number of euros “measures”: the value that really lies behind it. But it seems as though we’re unable to do so. We’ve understood the measure 7 kg, but 7 kg of what? We’ve understood that 10 kg are better than 7 kg, but 10 kg of what? What value have we decided we want to create and eventually measure with money, now that we have the technological and human ability to do so?

For example, if value is sustainability for the planet and the human race, how can we translate this into a monetary measure? There’s nothing wrong with using money to measure, but only ifit’s the best measure that we have available. Bob Kennedy talked about this some time ago.

Maybe it’s time to discuss it again, making changes to the way we measure human, natural and sustainable dimensions. It’s evident that this way of measuring value is costing the system a bit too much. It’s not easy to take a step away from what we learned at school or contradict our economies, even if they were constructed in very different times. But today, we’re surrounded by uncertainties and we need to define what “value” means to us. Reminding ourselves that money can be a measure, but it’s not the substance.

This article was originally written by our CEO Riccarda Zezza for Alley Oop, Il Sole 24 Ore. To read the original article in Italian, click here.

What’s left of us, without superficial connections?

As we journey through the pandemic, we realise that conversations and small talk with colleagues in the office was more essential than we first thought.

END_OF_DOCUMENT_TOKEN_TO_BE_REPLACED

We need strong leaders that stay close to their people

In 2014, Joe Biden wrote this memo to his staff: To My Wonderful Staff, I would like to take a moment and make something clear to everyone. I do not expect nor do I want any of you to miss or sacrifice important family obligations for work. Family obligations include...

END_OF_DOCUMENT_TOKEN_TO_BE_REPLACED

Let’s welcome emotions, even at work

What should we do with our emotions at work? Society tells us we should keep them in the private sphere. But neuroscience proves it’s impossible to think without feeling, making them essential to our working lives too.