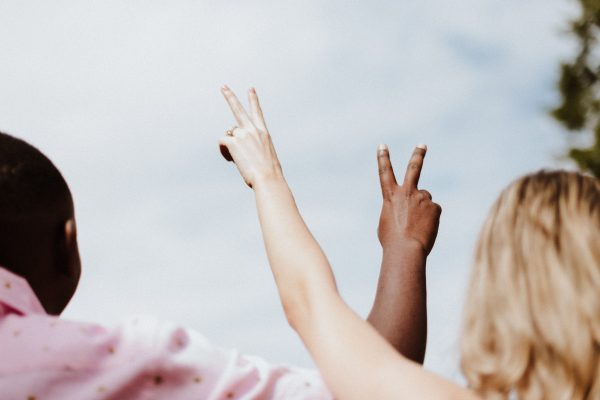 Going into business to offer new and diverse solutions. Getting used to talking about money, because financial independence protects us and frees us. Getting familiar with the concept of female power, even if it’s something they never showed us at school – even if it’s existed for centuries according to the archeologist Marija Jimbutas. These are just a few of the things that women could do to escape from the dead end that history seems to have designated for us: a bottleneck that doesn’t just slow women down, but rather the evolution of the entire species. Our limits are risking the sustainability of the entire planet. Pointing the finger at the problem, the pandemic for example, is something we’ve started to see in governing conversations. But it’s a mistake to look for solutions in a single direction. Through the pandemic, we’ve paid the price of choices made by entire groups of people that have guided our countries for the last 50 years – because making decisions also means taking responsibility.

We tell ourselves that we need numbers, “proof” that tells us if what we’re doing is right or wrong, if it works or not. Even if what works isn’t necessarily right, and what works less well could be less wrong. Then we see those numbers again: the new World Economic Forum Gender Gap Report tells us that the UK could do better, and Italy even more so. Of course, if it was a leaderboard we’d be cheering ourselves on: Italy is in 63rd place (an embarrassing position for the 8th strongest economy in the world, for a country where women have been able to vote for the last 76 years). Italy climbed 13 places compared to last year thanks to a political evaluation that increased the number of politicians, taking them to the 41st place in this area. But it’s still one of the 81 economies out of 156 in the report that have never had a female prime minister. Don’t you think it’s a bit strange?

Actually no, we don’t think it’s strange. It seems stranger to see two politicians “argue” over who is going to be the party whip – we think of them as fights because it seems so strange that women should talk about it when men usually hold this role – rather than hold conferences and investigations as to why women can’t break the glass ceiling. The data from the report tells us that women study well, even if they often choose the “wrong” subjects, and that they have more or less the same chances of being physically well and surviving as long as men. But when it comes to finances and politics, we’re still lagging behind –  in Italy and in the rest of the world. We make progress – education and healthcare is increasingly available to more people. But culture remains at a standstill. Culture is the longing and knowledge of how to make space for diversity.

We need to want to change things, not just to make progress: the direction might change, we might slow down and the objectives may vary.

This happens when people mix and enrich each other. It’s not an acquisition process, it’s a fusion process.

It’s clear that we’re struggling with a need for change. Last week, I started the day by talking about diversity with 80 managers of a company. When they asked me how they could avoid talking about diversity just to be politically correct, I told them that the only way to avoid that was to know “why” we were talking about it.  It’s important to know why we’re talking about women and money, girls and pocket money, our aversions to risk, the inherent ability to innovate. It’s why we spoke with 30 high school girls about their thoughts on STEM subjects and why they were considering studying them – after 90 minutes, 70% said they wanted to! The gender gap is still evident, it’s the distance between the opportunities for men and women that continues to progress. If we continue the way we’re doing so, it will take us 135 years to become equals, compared to 99 in the previous report.

There’s a film from 1981 where Massimo Troisi tries to “bridge the gap” between him and a vase, solely by using his thoughts. If the vase moved, his life would change. But just by thinking “come here”, the distance remained the same. Troisi is fortunate though, because at least for him the distance stayed the same. Unfortunately we can’t say the same for the human race and a concept of gender equality that’s slipping out of our hands.

END_OF_DOCUMENT_TOKEN_TO_BE_REPLACED

How to define yourself beyond the constraints of a CV

What’s behind a CV? Do our CVs really showcase all that we are outside of our professional roles? Our CEO Riccarda Zezza explores further.