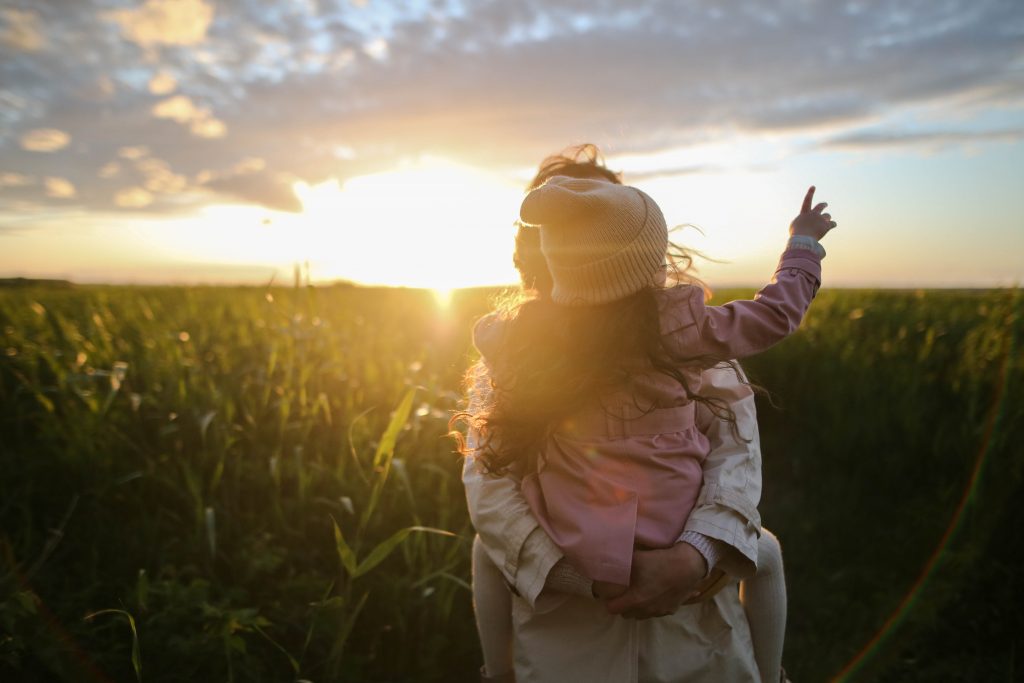 When we talk about motherhood, we’re clear about the needs. But we now have the resources and the opportunity to bring society into a new era, redefining what it means to be a mother in the 21st century.

I’m saying mother and not parent, I’m saying mother and not father for a single reason. We have now realised that children are often “dependent” on their mothers – even though bizarrely we’re still discussing how much leave new fathers should have. When we’re designing the future, we can’t ignore the status quo. Neutralizing the status quo in the hope of going beyond it is the biggest risk we run when planning for change. Especially when we’re trying to resolve a social problem.

To reach a place where we’re not “just” talking about mothers, we need to look clearly at the concept of motherhood in our countries. That narrative is still going on in the background, so much so that we talk about “reducing” the problem, as though it’s obviously and inevitably a problem for us all. We’re “helping” families, “compensating” children, “supporting” women choosing to work. Solutions that seem to reduce the negative effects of a stagnant social problem: motherhood. Before births, before parenthood: the problem is motherhood, and the difficulty we have reconciling it with everything else. Especially when it comes to the way in which productivity is defined in our society, at the speed of the market, schools, services and life in the west.

The women that choose to become mothers are courageous, and need to be protected and supported.

Motherhood is a choice that goes against the grain, and so needs to be celebrated.

Motherhood is a choice, and women must be free to make it.

But what else is motherhood? That narrative that goes on in the background, that part of the story that we don’t talk about? Which stereotypes are we talking about?  Quale narrazione corre sullo sfondo, quale parte della storia non viene raccontata? Are we focusing too much on the only real driver in life?

In the narrative that reaches our young women, motherhood is tiring, risky, uncertain and difficult. It’s something that holds our own bodies hostage, and an experience that needs to be compensated and protected because it’s an add-on. It depicts motherhood as being scary, something that requires courage. There’s not a baby bonus or child benefit that can compensate for the tales we’re telling about motherhood. We need to talk about it: we need to make the status quo visible. It’s the starting point.

Just like in the story The Emperor’s New Clothes, we need to see things as they are before we clothe them in something new. And once we’ve seen the weaknesses in this way of narrating things, we can see how it falls short when compared to the whole experience. We need to invest in narrating a new story, one that’s fuller and richer. A story that talks about what it’s really like to have children and care for them, raising people that are stronger that we are and that will outlive us. It’s a story that sees having a child as a wonder and a point of strength. It’s inviting for women, fathers and also people without children. A collective dream for a better future. A generative life, and so much more than that. There’s an individual aspect that we can work on: the opportunity to become a mother will always be inaccessible if we don’t let ourselves talk about it. We need to have those courageous conversations about what happens when we “grow up”.

This is what I’ve learned over the past 13 years, since my eldest child Marta was born. It’s how I narrate being a mother, but it’s often contradictory to the story that my country tells me.

My children save my life every day. They are my training ground, my refuge, and the meaning behind everything that I do.

They remind me that the world exists without me. At the same time, they make me feel responsible for everything that happens in the world. There’s nothing that I’m indifferent about.

By becoming a mother, I’ve understood that they are my children. It’s not a delusion of being omnipotent, but rather a sense of responsibility.

And I’m not scared by it. It’s the reason that I write, work, dream and plan new things. Each day, I have more energy and more willingness to move forward than I did the previous day.

That sense of life that many of us seek and easily lose, that vision that makes us immortal, that sense of responsibility that saves us. Having a child makes this a concrete reality, enriching all other aspects of our lives. Even if it’s just one part of the story, why are we not talking about it?

Never seeing other people isn’t working. It’s stopping us being effective at work.

The whole western world is talking about it. Should we bring people back to the office? Here’s why our CEO Riccarda Zezza believes there’s value in bringing people together, without screens.

END_OF_DOCUMENT_TOKEN_TO_BE_REPLACED

We’re strong. A lot stronger than they’d have us believe. We’re ready for change. We know how to adapt, how to learn and change ourselves in line with the world that surrounds us. So why do we think we’re so fragile?

END_OF_DOCUMENT_TOKEN_TO_BE_REPLACED

Back to work: how to keep moving forward thanks to emotional intelligence

While we’re planning to the return to the office, we risk facing a great paradox. We might see people more in the office, but we risk hiding all of those life dimensions that became visible while they were working remotely. Riccarda Zezza explores how we can keep “seeing” people, with a little help from emotional intelligence.